Take to the skies like never before with Prepar3D v4.4! Groundbreaking features and improvements make this the largest and most comprehensive Prepar3D point release yet. Prepar3D v4.4 not only adds extensive new features to the platform, but also includes numerous user and developer requests including multiple fixes identified by the community and further expansion of Prepar3D’s open development architecture. 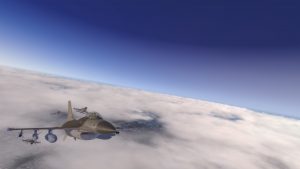 Physically based rendering brings next level realism in v4.4

A focal point of this release is the core rendering engine has been updated to fully support Physically Based Rendering (PBR) laying the groundwork for next-level realism and unparalleled graphical fidelity in a full earth simulator. New content created using new PBR capabilities will allow all different types of materials, including metals, plastics, concrete, and glass, to be rendered and lit based on their unique physical properties.

Photoreal scenery has never looked better in Prepar3D v4 with new high-resolution texture support offering up to 16 times the detail in previous versions.

In addition, scenery objects can now be drawn at further distances, most add-ons will no longer require a restart when enabling or disabling them inside the application, moon lighting and cloud appearances at night has been overhauled, and to showcase the new PBR pipeline, the native F-16 aircraft materials have been updated to PBR. The release also features an AC11 Commander provided by Carenado and an update making the Indago Unmanned Arial Systems (UAS) a user controllable vehicle. Both vehicles are great examples of how Prepar3D can be used for diverse training and simulation goals – from training classic single engine propeller planes to simulating advanced unmanned systems. 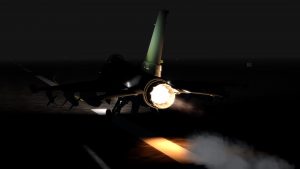 Prepar3D Engineering Project Manager Adam Breed commented on the v4.4 release saying, “this is the most significant point update we have made in Prepar3D’s nine year history. We have pushed the platform forward in a major way with this release.” Prepar3D Commercial Lead Rob McCarthy added, “we are looking forward to seeing what the ecosystem creates with the new PBR system. The PBR prototypes we have seen have blown us away and we can’t wait until our end users get their hands on the finished product.”

For the complete details on the release, please see the What’s New below.

We hope you find that Prepar3D v4.4 continues to be the most immersive learning, simulation, and training platform available.

02-27-20
Prepar3D at FlightSimExpo in Las Vegas this June