Ya man, its not only the Runwaylights. Taxilight too.... and no one of LM take care of it... 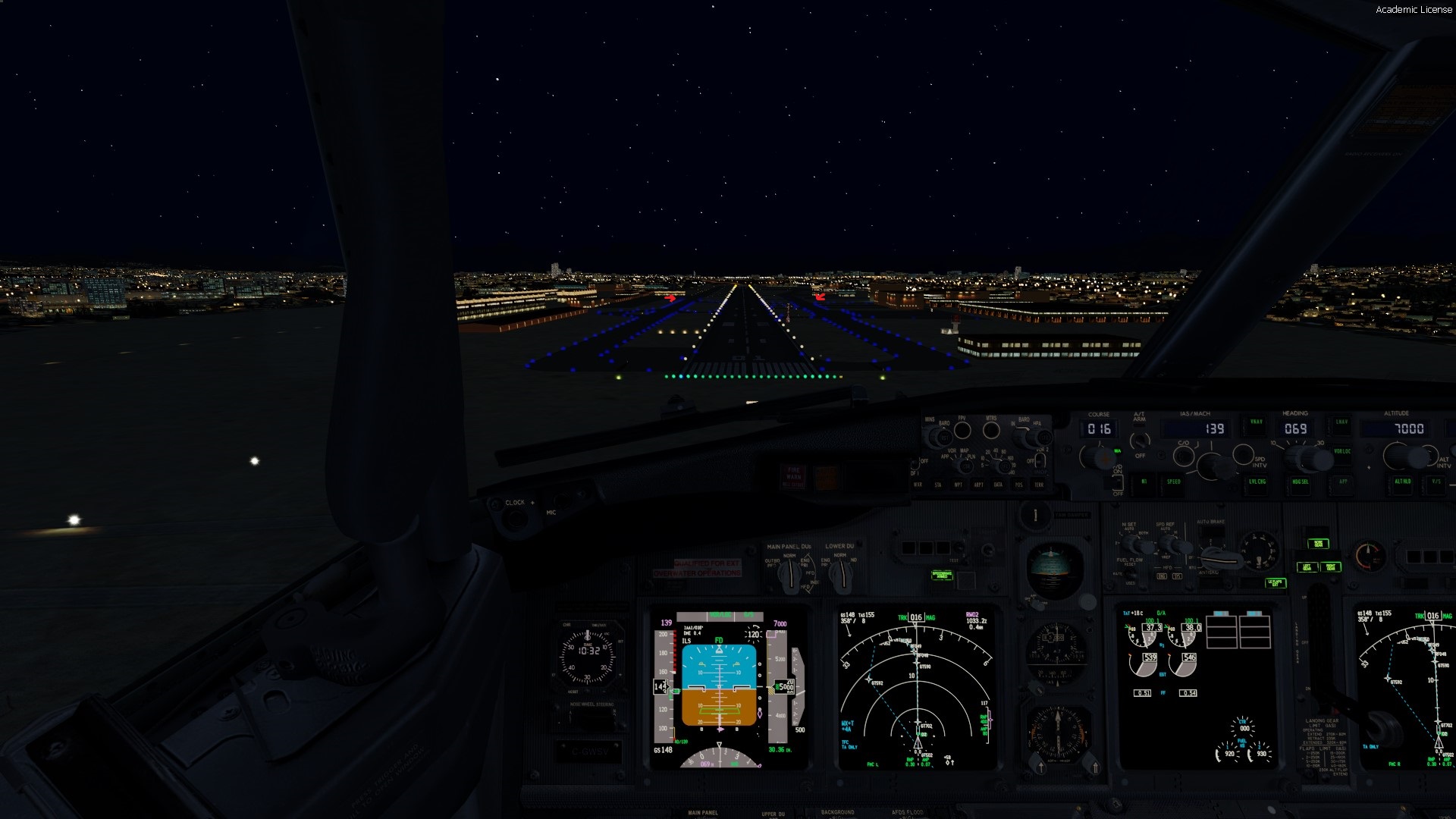 If this is what I think it is, the rendering engine will only paint something when it reaches a certain number of pixels. A similar result of this is AI aircraft. Once they get a certain distance away where they shrink to that pixel limit, they disappear. You have the reverse effect when you get closer to them. Once they increase to a certain number of pixels in size they pop into view.

Back in the FSX days there was a flag you could add to your fsx.cfg file that would adjust that pixel limit. I believe it may have been 4 by default. You could lower it all the way down to 1 if you wanted to but there was a trade-off. If you lower the limit you have more objects that need to be processed by the rendering engine. There was a performance hit for that. I have no idea if that flag would work in P3D. I've never tested it.

So what you are seeing, in my opinion, isn't something that's "broken" per se, but something intentional in the code to keep performance reasonable.

So what you are seeing, in my opinion, isn't something that's "broken" per se, but something intentional in the code to keep performance reasonable.

Yes, I'm sure it was intentional for performance reasons. But again, this optimization/feature was added way back in the FSX days when displaying e.g. 80 runway lights instead of 100 runway lights actually affected the performance. This has not been the case for many years now. I mean, we have hundred of dynamic lights and an enormous amount of other eye candy going on these days, and we still have a reasonable performance.

Arguing that a handful of tiny static textures are hidden for performance reasons in 2019 is just silly. And, from an aviation/realism perspective they are kind of the most important textures during night operation (poeple who are not annoyed by the runway light popping are probably staring at the instruments instead of looking where you should during takeoff or landing...).

I think the "minimum number of pixels" theory isn't quite applicable here, as it wouldn't explain why it's always the lights halfway down the runway that are popping. If it was the runway lights at the end of the runway it would be more logical (and less annoying).

It would be really nice to get a developer comment on this issue. Despite the large number of bug reports over the years I've never even seen a single response from a developer. The runway light popping is a real immersion killer during every single night approach, in every single install of p3d regardless of any addons or settings. It seems like a trivial fix in the code so I really don't understand why this issue continues to be ignored. Is the runway light popping on purpose and not going to be fixed? Please let us know so we don't have to report the same bug over and over again.
Top

We apologize if the perception has been that we are ignoring specific reports or requests. Thanks for the detailed reports on this issue. We'll investigate ways to improve this in future updates.

Thank you, much appreciated!
Top

Thank you, much appreciated!

Users browsing this forum: No registered users and 21 guests