In the scenario object file (*.xml) in <SimBase.Document><WorldBase.Flight><SimMissionUI.ScenarioMetadata> there are fields:

The only one that seems to be having any effect in my scenario is the uncompleted image which displays in the scenario list when my scenario is highlighted when choosing a scenario. When I complete a mission I get the "Mission Complete - press escape to exit" dialog box which makes me believe my AirportLandingTrigger is activating correctly. But when I go back to the scenario list the completed image doesn't show and I never see the messages. The trigger calls a GoalResolutionAction which sets GoalResolution to "Completed". The scenario only has the one goal.

Anybody have any thoughts as to what I'm missing? I'm sure it's something simple. The puzzling thing is that I see the uncompleted image so you'd think the completed image is in a suitable place and format to also be displayed. My thought it that even though I'm seeing confirmation of scenario completion there must be another step as well so that P3D triggers display of the completed image and message.
Top

Thought I might try asking about this a different way - first attempt maybe too complicated?

When you go to load a scenario from the list of scenarios in P3D the dialog box shows an image in the bottom left hand corner. If you have not previously completed currently highlighted scenario the image displayed is the uncompleted image referenced in scenario XML file (meta data section). The doco suggests that when you complete a scenario and go back into that list you will see the completed image instead.

Question: Has anybody observed this in practice? If so which of the sample scenarios have you observed it for?
Top

Hi David, i'll try and reproduce your scenario issues. Any chance you screenshot some stuff and mark it up to help illustrate it? Maybe there's an existing scenario where it is working and we can work from there.
Top 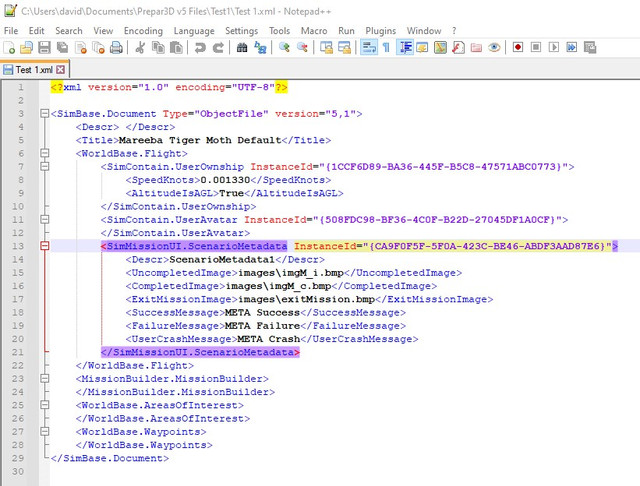 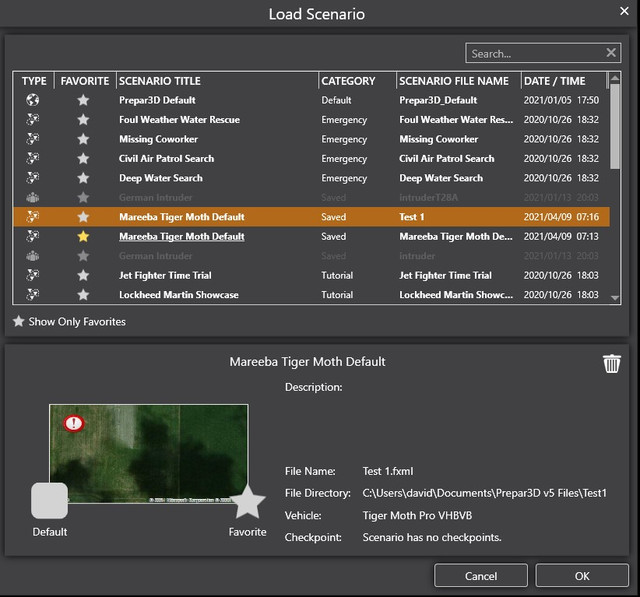 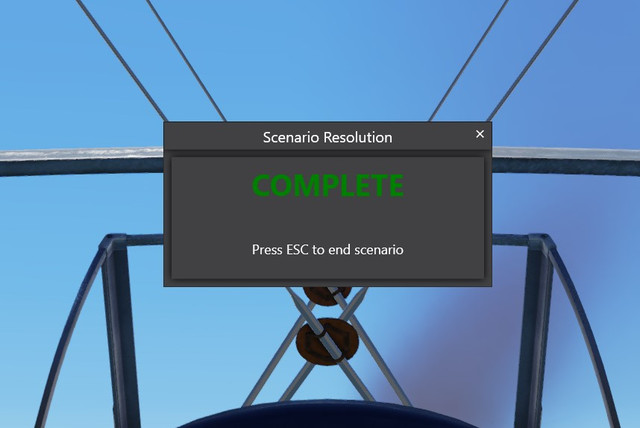 Here's some sample objects I was using to test and the thing I see on scenario completion.
Top