From 13-23 November 2020 Navigraph is conducting a FlightSim Community Survey together with several major addon developers and organizations within the flight simulation community. The survey, the largest of its kind, aims to gauge the prevailing flight simulation trends and users’ requests for future development. Like previous years, this survey has an emphasis on the major flight simulators including Lockheed Martin’s Prepar3D, but now also includes questions about simulators on mobile devices, combat simulators, and helicopter simulation. This is the largest and most comprehensive flight simulation survey in the world! By participating you are influencing the future of the community. On

END_OF_DOCUMENT_TOKEN_TO_BE_REPLACED

FSFlyingSchool is an add-on team of artificially intelligent instructors for Lockheed Martin’s Prepar3D v5. It provides talking instructors to pilots on any flight, in any powered airplane, anywhere in the world. From the moment the flight starts, to the time the pilot walks away, the instructor is monitoring the pilot’s actions and will comment on and advise in hundreds of different areas, from airmanship to taxiing – navigation to weather considerations, and a great deal more. Pilots have been flying with FSFlyingSchool for 14 years, during which time it has won 5 Classic Product Awards from PC Pilot Magazine. Over

END_OF_DOCUMENT_TOKEN_TO_BE_REPLACED

Welcome to Silicon Valley! After many years, ORBX Simulation Systems, remains the industry leader in providing high fidelity scenery packages for Prepar3D. While ORBX maintains a large catalog of beautifully modeled airports and regions throughout the world, today we showcase San Jose International Airport, their latest product to be released for Prepar3D v5. Using the latest technology, you can experience jetways that integrate with your aircraft, and stunning dynamic lighting brings the airport to life during the late nights. Advanced PBR materials make the main terminal buildings look life-like from all perspectives giving you the ultimate experience at San Jose

END_OF_DOCUMENT_TOKEN_TO_BE_REPLACED

Be Part of the 787 Dreamliner Family A professional add-on developing company based in the US, QualityWings Simulation, provides high quality products for Prepar3D. They have the unique ability to provide the best balance between realism and usability by creating add-ons that are not only deep and immersive, but can be flown by flight simmers of all types. The all-new Boeing 787 Dreamliner is a technical marvel of aviation with it’s use of advanced composites, new electrical designs, new engine types, and increased fuel efficiency. The 787 ushers in the future in aircraft design and thanks to QualityWings, you can

END_OF_DOCUMENT_TOKEN_TO_BE_REPLACED

Each year, Lockheed Martin hires thousands of interns to work at sites around the US. During their time here, the interns gain valuable work experience and partner closely with their managers and colleagues to complete challenging tasks that help solve real world problems. This summer, Lockheed Martin welcomed 2,400 summer interns, more than half of whom are working virtually. In addition to gaining real-world experience on projects, interns participate in a design competition project which is designed to challenge engineering skills and bring fellowship and fun to the virtual internship experience. The virtual interns at Sikorsky, a Lockheed Martin Company,

END_OF_DOCUMENT_TOKEN_TO_BE_REPLACED 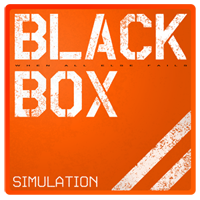 END_OF_DOCUMENT_TOKEN_TO_BE_REPLACED

MJC8 Q400 cleared for takeoff in P3D v5! The MJC8 Q400 add-on by Majestic Software is a highly realistic rendition, built after the Bombardier™ Dash 8 Q400 aircraft. There are 4 editions available, differentiating in the price and the included features. PILOT Edition: Designed for home flight-simmers, who want a state-of-the-art hardcore add-on but do not require the complex features, such as the instructor panel system monitoring, circuit breakers simulation, failures simulation, or the shared cockpit. PRO Edition: Developed for advanced users or airline pilots wishing to improve their knowledge of the Dash 8 Q400 airplane. This edition has all

END_OF_DOCUMENT_TOKEN_TO_BE_REPLACED

Experience the Real World! Milviz, Military Visualizations, has been producinq high quality and accurate 3D models and animations for Prepar3D from the very beginning and they now support Prepar3D v5. Their motto is, and has always been, quality or why bother. With that, they pride themselves on the accuracy and detail of what they do, not just in modelling and painting but also in gauge, systems code and true-to-life flight dynamics. Leveraging a team of real world pilots who not only perform their beta testing, they also play a major role in crafting realistic FDE’s, as well as writing the

END_OF_DOCUMENT_TOKEN_TO_BE_REPLACED

FlyNow with FlyTampa! Whether you are looking for high quality airports in North America, Australia or areas in between, FlyTampa has some great options for you to explore. FlyTampa has been specializing and producing high quality airport add-ons for Prepar3D for many years and many of their airports are ready for Prepar3D v5. Checkout the gallery for screenshots of Copenhagen, Montreal, Boston, Sydney and Vegas of airports you can purchase at FlyTampa!